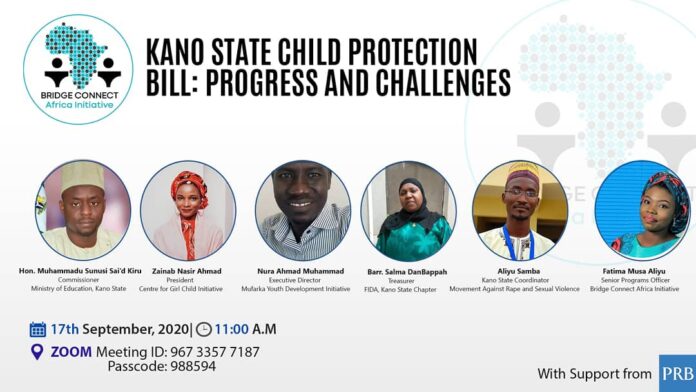 The Youth Fellows with the support of the Population Reference Bureau PACE project organized an informational dialogue with the Kano State Ministry of Education in attendance, reputable CSOs and lawyers.

The dialogue which was moderated by Sani Muhammad (Executive Director of BCAI and Youth Fellow with PRB) covers areas of child protection including child marriage, child sexual and gender-based violence, access to education, legal frameworks, budget processes and accountability mechanisms for public health and service delivery. The dialogue served to enhance participants understanding of child protection and inspire the needed change in the state.

The key note address for the theme of the dialogue “Kano State Child Protection Bill: Progress and Challenges” was given by Hajiya Zainab Ahmad Sulaiman, MFR, JP, who serves as the Secretary of the Kano State Child Protection Network and Executive Director of Community Support and Development Network. She highlighted the key challenges bordering on the issue regarding the best interest of the child and age of marriage. She further highlighted that the bill has made significant network with activities of the group as they have visited about 10 top religious scholars in the state, engaging them on the bill.

Further contributions were made by the Representative of the Kano State Commissioner of Education, Malam Nasiru Abdullahi Kwalli, who reiterated the readiness of the government to ensure free and compulsory education for all children in Kano state. He further reiterated that the new policy on education in the state also prioritizes sexual and gender-based violence faced by children in school and the Ministry is working to train all school actors including children on effective strategies to keep safe and report such cases. He talked about the issue of transition and how different factors play a role in girls and even boys dropping put of school, child marriage among the top factors for girls, and how education can help curb that.

The Kano State Coordinator for Movement Against Rape and Sexual Violence, Aliyu Samba made an enlightening presentation on the Islamic perspective of child marriage, age of marriage and the many school of thoughts and contestations that reinforces child marriage and how we can come together as a society to combat the menace with education, as Islam is a religious and civilization grounded in education.

Advocates like Zainab Nasir Ahmad (President, Centre for Girl Child Initiative) and Fatima Adamu (Program Officer of Isa Wali Empowerment Initiative) called for the inclusion of young people through the process and intergenerational dialogue. They also stressed the need for balance for all perspectives that promotes peace and unity.

Barrister Salma Ahmad Danbappa who serves as the Treasurer for FIDA Kano, gave a strong speech on the need for synergy with all stakeholders including religious scholars and medical experts to further look into the definition of what the best interest of the child is, and age of marriage. For ultimately, the health and safety of children should be the priority of parents and everyone. She called for the need for dialogue and a policy document that carries key action points of the Child Protection Bill advocacy. Mubarak Idris, the Digital Campaigns Manager for the organizers BCAI, stressed the need for the use of digital and multimedia tools to promote policy, advocacy and communication materials on the bill.

For the closing of the dialogue, the Executive Director of Bridge Connect Africa Initiative, Sani Muhammad shared some evidence-based information on child marriage in northern Nigeria which has the highest rates of child marriage in the world with an estimated 65% among children below the age of 18 years” (Federal Ministry of Women Affairs & Social Development, 2016). He further stressed that according to the 2018 National Demographic and Health Survey in Nigeria, the median age at first marriage among women age 20-49 and age 25-49 in Kano state is 16 years and 15.9 years respectively. With 27% of adolescent girls 15-19 years who have already begun child bearing, and 45% of women who reported to having no education, with only 8% of women who reported completing a secondary school education (2018 NDHS).

Child marriage makes completing education almost impossible for girls. It is extremely difficult for girls to remain in school once they get married. These issues are costing the Kano state government useful human resources and hinging sustainable development of families and communities in the state. Less educated women in the state continues to translate into lost investments.

According to the World Bank in 2017, child marriage costs Nigeria USD7.6 billion in lost earnings and productivity every year. Prioritizing ending child marriage will increase the state’s earning, boost economic productivity, reduce the number of maternal deaths and birth-related complications and create healthier, happier, sustainable communities where everyone thrives.
The good news is that, keeping girls in school is one of the best ways to delay marriage, and give girls healthier lives and promising futures. The Kano State Government should sign the Child Protection Bill (2018) into law to prevent and protect girls from early forced marriage and ensure child protection. Efforts to end child marriage and advance the health and rights of girls must be at the center of the state development agenda in order to end extreme poverty and ensure the protection of human rights for all including children.

The dialogue was conducted with support from the Population Reference Bureau Youth Multimedia Fellowship program under the PACE – Policy, Advocacy, and Communications Enhanced for Population and Reproductive Health— which strengthens capacities in advocacy, policy communication, and negotiation, and increases commitments to multisectoral approaches such as Population, Health and Environment and the demographic dividend.

Arewa Agenda is a Publication of Young Writers from Northern Nigeria towards Peaceful Coexistence and National Development through positive narratives. 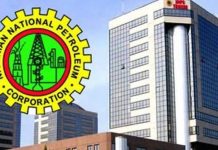 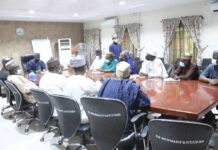