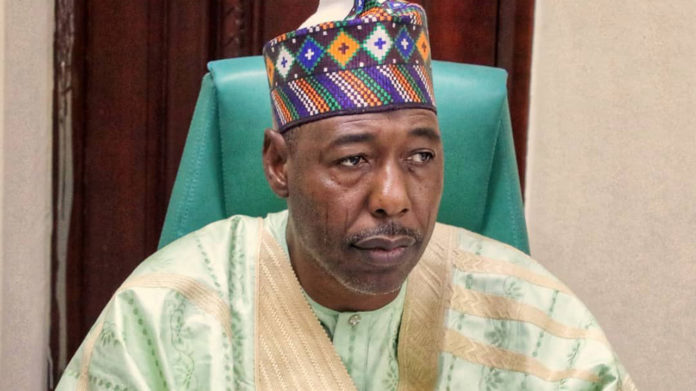 AREWA AGENDA- A dialogue with retired military generals to include the police, paramilitary and related security figures who hail from Borno State would soon be convened to map out strategies to tackle Boko Haram insurgency, Governor Babagana Zulum has said.

The proposed meeting with retired citizens of the state who at one time or another held operational positions in the Army, Navy, Air force, Police, paramilitary, state security outfits was muted by the governor in response to a comment by a retired Brigadier-General from the state, who offered to contribute with strategies that could help the government in the ongoing fight against Boko Haram.

The retired Brigadier General’s offer came at a meeting convened by the governor in Abuja with indigenes of the state in the ranks of chief executives, permanent secretaries, directors and deputy directors of federal ministries, departments, agencies, and other stakeholders, which explored avenues to address challenges of security, recovery and development of the state ravaged over the years by insurgency.

Assuring that the dialogue with retired senior security officers would unfailingly hold at a convenient time and location, the governor challenged participants to contribute meaningfully to salvage the state by overcoming its current challenges and prosper in various spheres of development.

“All of us coming together in trying to rebuild our state will not be something new. Our forefathers did the same thing in bringing back what is now Borno state, after turbulent times. They fought to rebuild communities. We need to be united,” he said.