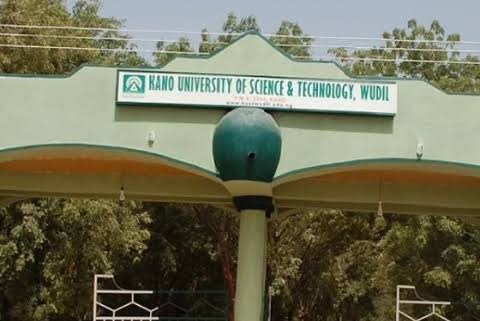 AREWA AGENDA – The management of Kano University of Science and Technology ( KUST) has suspended 10 students that were sighted in a video harassing a female student.

The Chairman of the Alumni Association of the university, Suhailu Sabo Maccido, confirmed the development in an phone interview with SAHELIAN TIMES.

” The university has already suspended over 10 students caught in the act, and has also announced tomorrow as Abaya Day”.

It could be recalled that, the students of Kano University of Science and Technology Wudil, have been trending on social media for assaulting and harassing a female student while passing through the male hostel around Area 1 axis.

In the video sighted by general public, the students were seen dragging the cloth of the female student, shouting “mai Abaya” at her.

The victim was seen in the video trying to stop them from dragging her cloth, only for the students to disperse and re-convene.

The university was recently in the news after some of its students allegedly killed their colleague and ran away with his money that he collected from his parent to buy an Infinix phone.

An insider in the school management told our reporter that many students of the university have become outlaws, because they are members of the Student Union Government (SUG) and the students leaders are the VC boys.

“The SUG leaders have, on many occasions, done notorious things and bragged that nothing will happen. As I am speaking to you today, the school don’t have a history of punishing any of them,” the source said.

At the time of writing this report, the Dean Student Affairs of the university, Professor Shehu Ma’aji, is not responding to calls.

A member of the University deanery, Mallam Abdullahi Datti, said he is unware of what happened and our reporter has forwarded the clip to him and he promised to respond later.