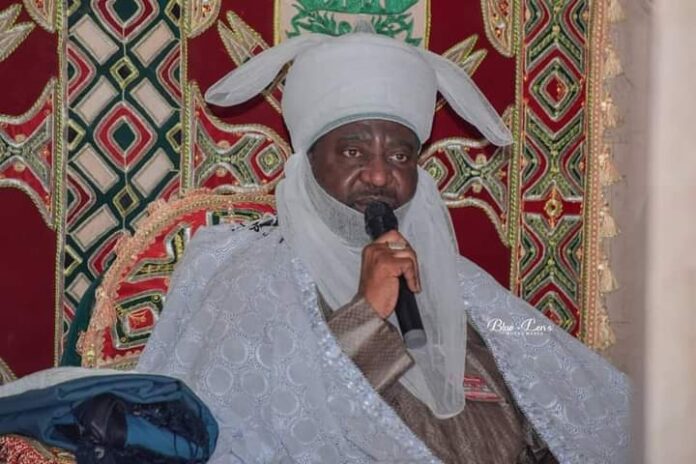 Emir Bayero solicits for Modern Tsangaya school in his Emirate

AREWA AGENDA – The Emir of Kano, Alhaji Aminu Ado Bayeto has appealed to Kano state Government to Consider the establishment of Tsangaya modern school within the Kano Emirate.

Yusuf said, the Emir appealed when he recieved the state Commissioner of Education the management staff of ministry, on courtesy visit in his palace.

The Emir said the establishment of such school as done in other Emirates of the state, will assist immensely in curtailing the menance of street begging and other social vices among the acclaimed Almajiris.

Alhaji Aminu Ado Bayero, disclosed that his Emirate is not in any way condemning Qur’anic schools but is supporting the improvement of the system.

In his speech earlier, the Commissioner of Education, Malam Muhammad Sanusi Sa’id Kiru told the Emir that they were at the Palace to register their loyalty as well as to seek for royal blessings and support especially for the success of the government’s policy of Free and Cumpulsory Education.

The commissioner noted that the traditional institutions which are much closer to the grassroots have vital responsibilities in supporting the system at all levels.

He therefore, solicited for the support of the Emir through the Districts, Wards and village heads to assist in ensuring mass enrollment of school age going children so as to compliment the government’s policy of Free and compulsory education which has became a law in the state.

He then disclosed that in its determination to sanitize the Almajiri system, kano state government has acquired three institutions from the Federal government in Kanwa/ Madobi, Kiyawa/Bagwai and Bunkure local governments and converted them to boarding Tsangaya Schools.

Commissioner Kiru then appreciates the contributions of the Emir for the state education sector and his support to the state government, hoping that the Tempo will be sustained.